Who is A.J. Jenkins? 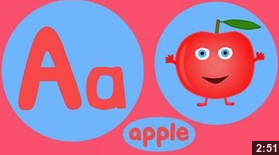 One day, I was fiddling with my phone and Jack walked over and said, "Can you play the ABC song on your phone?" I viewed that as a challenge, did a quick search, and soon the boys were enjoying a YouTube version the ABC song on the phone.

Eventually, I wanted my phone back, so I fired up YouTube on the PlayStation 3 and directed them there. I noticed that the same user, "KidsTV123," had uploaded other phonics videos, and that the songs were credited to "A.J. Jenkins".

Being who I am, I did a Google search to see what information I could turn up about either. KidsTV123 has a pretty basic web site where you can buy songs or videos (the videos worked pretty well for keeping the kids distracted on the plane). As for A.J. Jenkins, very little is available about him on-line. A quick search turns up mostly links to his songs or posts wondering who he is.

But Google searching is an art form, and I was able to come up with a few facts through more complicated searches.

1) His name is "Alistair J. Jenkins" and he lives in Japan.

2) There used to be a Wikipedia page for him, but it failed Wikipedia's "General Notability Guidelines" and was deleted, because Wikipedia is run by jerks. Seriously, he has over a billion views on YouTube, and he's not notable enough for you, Wikipedia? Anyway, according to the (former) Wikipedia article, he is French, which seems surprising. There are also some things that seem inconsistent about the article, such as the fact that he started uploading to YouTube in 2012 (it was 2009), and the idea that he was born in 1964, started writing children's music at age 48, and released his first children's song in 2003. I expect higher standards from you, Wikipedia User Raiders696969!

3) As seen in the K Song, he is friends with "EricSurf6", another Westerner living in Japan. I tweeted at EricSurf6, but I have yet to hear back.
Posted by Jon Grantham at 2:30 AM