They Would Have Gotten Away With It If It Hadn't Been for the Identical Twins... 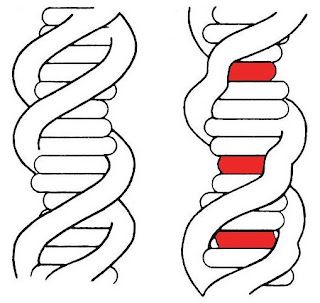 Using DNA testing to learn your ancestry has been all the rage recently. I've been skeptical of it for various reasons, and I have a new reason to add to the list.

A pair of identical twins submitted their DNA to various ancestry services. The CBC reports on the results, and it isn't pretty for the testing companies. The services gave divergent results for the two twins, despite the fact that the data was 99.6% similar, according to the companies themselves.

Something wildly imprecise must be going on with the methodology to give a problem like this. If you think about it, fraternal twins, or even different-age siblings should obtain the same answers. But at least there, one could imagine a different amount of "French" DNA, for example, being passed along. Still, that gives you an idea of why there's a margin for error. This just seems flat out error.
Posted by Jon Grantham at 1:11 PM